More and Better Education for Girls

This project run by Volkshilfe enhances the quality of and access to schooling for girls living in refugee settlements in northern Uganda. 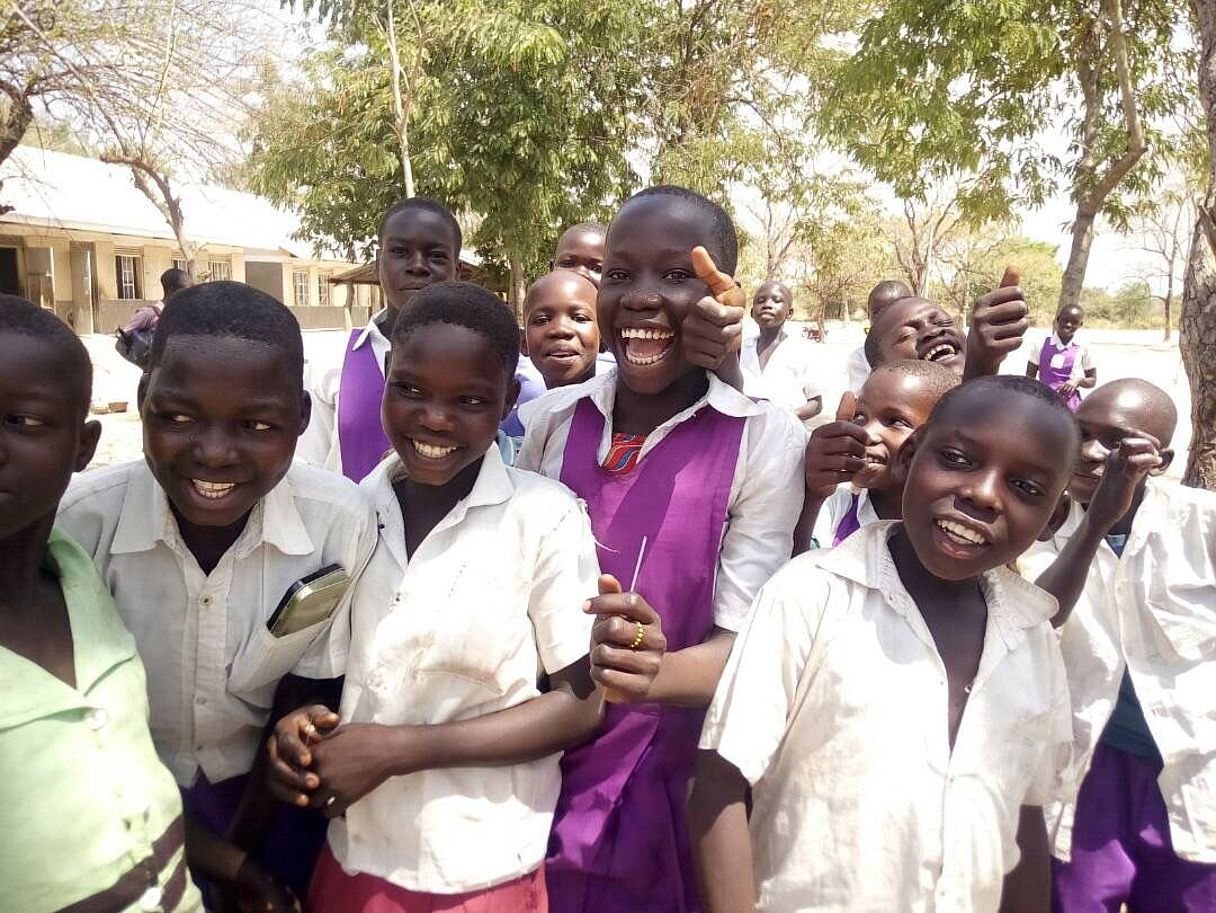 Rhino Camp, a refugee settlement in Arua District in the north of the country, is currently sheltering about 150 000 South Sudanese refugees. Schools in the settlement are overcrowded and overburdened; school facilities are in poor condition. Around 200 children are attending the first grade of primary school – far too many for one classroom led by one teacher. Classes partly take place outdoors; only a few pupils have their own desks and chairs.

Girls are disadvantaged in many other ways. Many of them do not attend school at all or drop out early because their parents do not consider formal education important or because domestic duties keep them from attending class and studying at home. In addition, particularly girls are affected negatively by the poor hygiene situation: during menstruation, most of them cannot leave their homes. As a result, many girls are early school leavers with little prospect of a better life.

Hence, we actively support girls’ access to school education and improve the infrastructure of four primary schools in the refugee camps in the north of the country. To achieve our goal, parents, teachers and pupils are being trained in girls’ rights as well as in gender equality in education. Various campaigns and events are aimed at challenging socially unquestioned traditional gender roles. Early school leavers receive assistance in primary school completion.

More and better education increases the chances of escaping poverty!