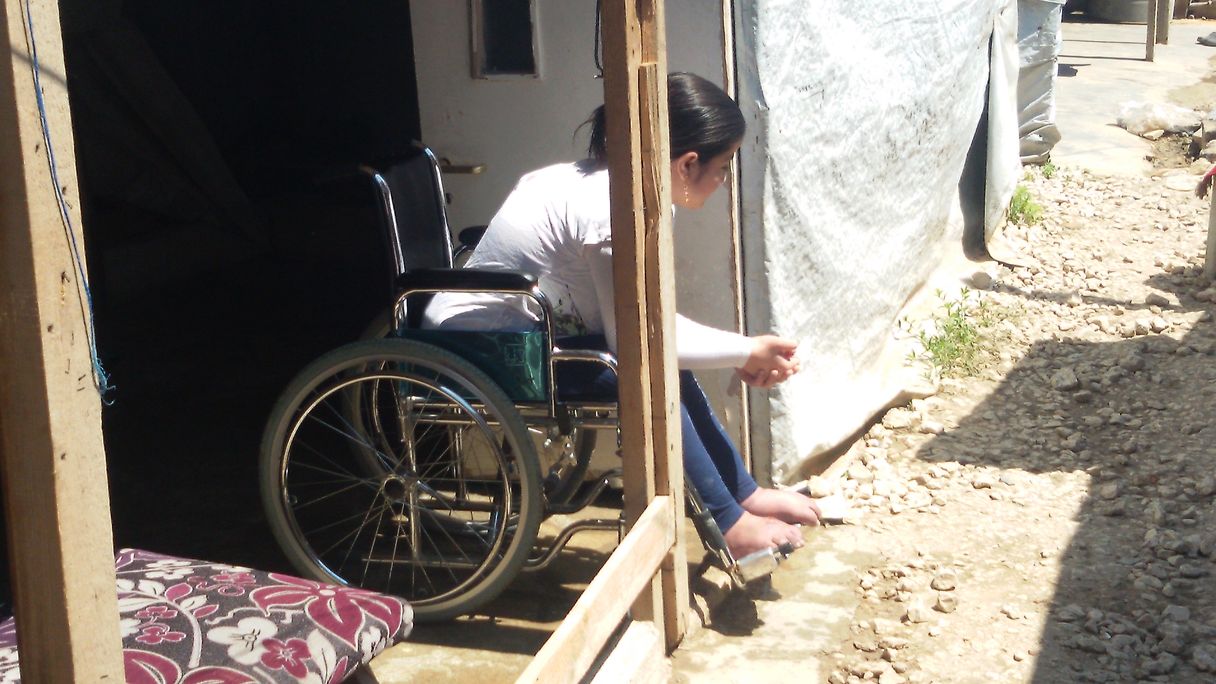 The project "Health on Wheels” supports refugees in Lebanon through a mobile clinic. The project, which has been running successfully since 2017, and is now entering its second phase. The focus is on the rehabilitation and inclusion of people with disabilities.

The Lebanese government estimates that Lebanon is home to 1.5 million Syrian refugees. The Syrian refugee population in Lebanon remains the largest concentration of refugees worldwide. A newly published UN survey (VaSyr 2019) found that around 73% of Syrian refugees in Lebanon live below the poverty line.

The economic crisis got worse since September 2019 and although everyone in Lebanon is affected by the current economic situation, refugees are the most vulnerable.

The "Health on Wheels" project focuses on this group, but especially on people with disabilities. With the help of a mobile clinic, a medical team is available on site in the refugee camps. In addition, integration and inclusion of people with disabilities are fostered, focusing on children in the community, in kindergardens and in schools.